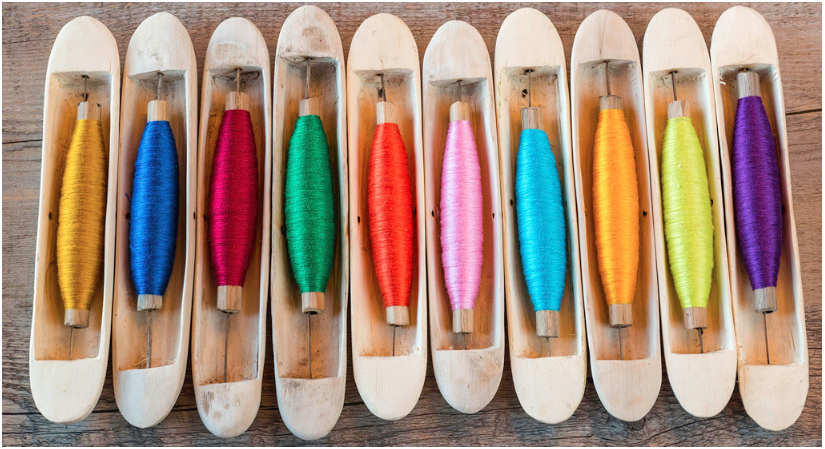 Another Africa published an article on kente weaving and heritage preservation in Ghana. Here are some excerpts:

Zoo symbolism: “The mighty elephant is the emblem of successful leadership, suggested by such proverbs as “No one follows the elephant in the bush and gets wet from the morning dew.” While the crocodile’s connotations with invincibility and danger is apparent upon seeing its thick skin and fearsome jaws.”

“Mere observations of another species adaptation for survival can have a positive effect on our own. The human brain can tailor the behavioural and physical traits of animals into tools of social governance, as demonstrated through proverb and fabric. Ewe kente is a compelling case of how animals necessitated the development of the human societal structure.”

Preserving the social: “Kente cloth can be read like an instruction manual. Each animal and object recalls popular proverbs or sayings to indicate how we should conduct ourselves. Society is warned against unwise manners on a personal level and for the greater good of the community.”

Heritage: “Ewe kente abounds with proverbial symbolism of both animal and inanimate kind. It plays a vital role in adorning the revered during traditional rituals, rites of passages or other such milestones. The cloth is imbued with ancestral spirituality and reflects ones wealth and status.”