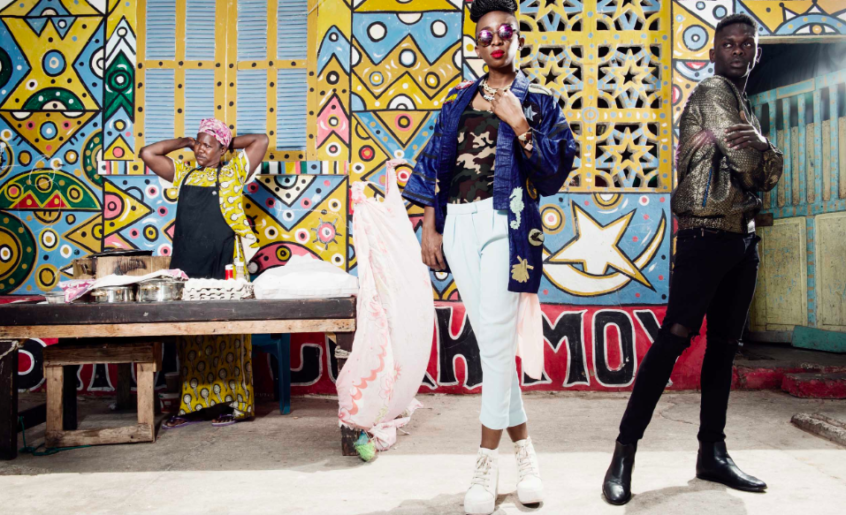 On January 31, I was in Munich to speak at the symposium “Fashion atmospheres: Aesthetic and practices from the Afropolis”.

The symposium explored the relationship between fashion and African cities. It looked specifically at the multiple ways that fashionable bodies engage with the physical spaces around them, how they encapsulate the “mood” of the Afropolis, and, on the other hand, how fashion and fashionability impact the urban environment.

After Kerstin Pinther introduced the Research Group’s activities, I presented my research on the influence of Dakar on Selly Raby Kane’s fashion designs and offered a reading of her afro-futurist re-imaginings of the Senegalese capital inspired by the work of artist Issa Samb (Joe Ouakam) and director Djibril Diop Mambéty.

Kristin Kastner also focused on Dakar, speaking first of the signares as examples of stylistic creolisation, and then of street styles and contemporary practices of fashionability in Saint Louis and Dakar.

Alexandra Weigand instead looked at the three Nigerian brands Lagos Space Programme, I Am Isigo, and Maxivive as creating a counter-archive of the body’s relationship with urban and natural spaces, as well as a source of knowledge about Nigerian heritage for the consumers.

Gozi Ochonogor walked us through the history of one of her two brands, U.Mi-1, focusing on the various sources of inspiration of her cubist designs. Calling herself “a mixed-race designer”, she spoke about her love of Japan and efforts to showcase Nigerian heritage by creating collections inspired by the biggest ethnic groups of Nigeria.

Finally Simona Segre-Reinach referenced her research and recent book publication on “multiple Chinas” (with Wessie Ling), highlighting China‘s role as “the factory of the world” and its growing involvement, not only as manufacturer but as a driving creative force, with some of the world’s foremost fashion systems, including Italy.

The case studies presented by the speakers all touched on issues of decolonisation, sustainability, and emancipation, highlighting a common thread across the different examples. Another common theme of the presentations was that of re-inventing tradition in a transnational context that demands a new approach to nationalism and the expression and preservation of local identities. Finally, we touched upon the role of media and technologies as mediators of an augmented experience of place and, consequently, a different approach also to the temporalities of fashion and the notion of memory, as in individual and collective ones.

The lively discussion that followed each presentation further explored the ways that dressed bodies produce spaces and that spaces, in turn, shape bodies and different ideas of fashionability and self-assertion in specific African contexts. I truly enjoyed these exchanges and look forward to contributing to a forthcoming publication that will wrap up the activities of the Research Group.