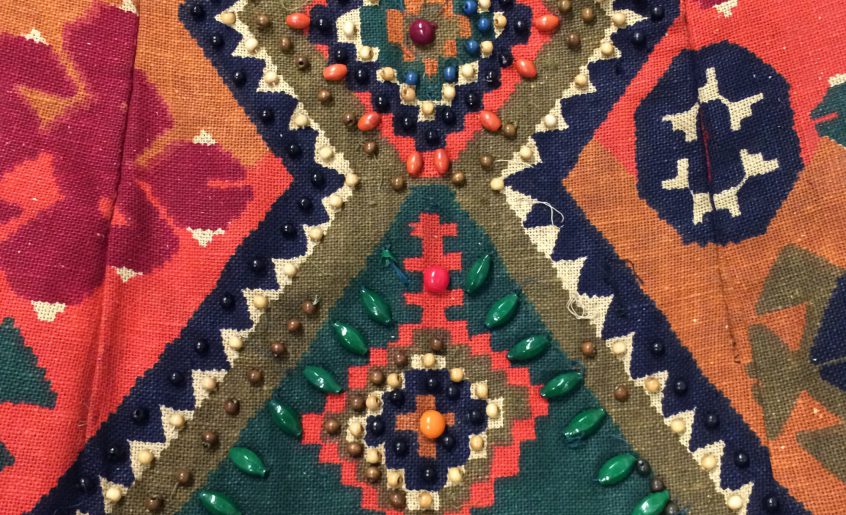 “Talents” is a space to showcase and learn about the work of emerging creatives in the fields of black fashion, photography, and fine arts.

The second installment of the “Talents” series is by Jonathan M. Square, the author of the

blog Fashioning the Self in Slavery and Freedom. In this virtual classroom – that is also on Instagram and Tumblr – Jonathan explores the politics of fashion among people of African descent during slavery and the first decades of emancipation. He argues that dress and adornment were an entry point into the experience of the enslaved. Fashion was one of the few arenas in which slaves could possibly exert a modicum of control. Clothing was open to manipulation and interpretation. For slaves, as with all groups, fashion constituted a rich, unique medium for complex cultural elaboration.

In his guest post for Afrosartorialism, Jonathan writes about Ruby Bailey, the African-American fashion poly-hyphenate that worked in Hollywood throughout the 1950s and 1960s and whose exceptional talent is not only beginning to be acknowledged.

Have you heard of Ruby Baily? Chances are you have not. She was relatively unknown outside of the denizens of Harlem’s midcentury social scene. Even today she is known only to a handful of fashion historians and curators. She is the least recognized among a group of black female designers that includes Ann Lowe and Zelda Wynn Valdes who made their names as designers in mid-century New York City. Rather than designing for New York City’s high society, Bailey used herself as a model, wearing her designs at Harlem hotspots. She, in her own words, “modeled her imaginative collection in fashion shows…up-town-down-town-out-of-town, while participating in a wide range of art and little theatre activities.” Bailey’s creations included a black cocktail dress embroidered with jewel-encrusted spiders and bees that she wore to the “Bugs” Cotton Extravaganza at the Savoy Ballroom. Another gem plucked from her closet is the “Eve and the Apple” ensemble, which included a stuffed serpent headpiece with a bejeweled tongue and eyes.

She was acutely aware that the pervasive racism in the fashion industry put limits on her success. Designing during the tumultuous Civil Rights era and coming of age in a segregated New York City, Bailey was highly race conscious and participated in a number of fashion shows, art exhibitions, and theatrical productions reserved for New York’s black population. She reimagined her African heritage in bold prints that expressed a nascent Afrocentricity. Bailey, a master beader, worked with Hollywood costume designer Adrian. She was very active in organizations like the New York Club of Business and Professional Women, International Ladies Garment Workers Union and the National Association of Fashion and Accessory Designers, which was founded by educator and activist Mary McLeod Bethune to give black designers more influence in the fashion industry.

Bailey was what we would today call a poly-hyphenate. She was a designer, but she also made a name for herself as an artist. In a two-page biographical sketch written by Bailey herself in the third person, she describes a sculpture made of cotton that was installed in the Empire Room of the Waldorf Astoria, which she considered her greatest achievements. She also was an actress and member of the Negro Actors Guild, appearing in a number of theatrical productions that catered to the black communities in Brooklyn and Harlem.

She and her African-American contemporaries Zelda Wynn Valdes and Ann Lowe, though all were successful to varying degrees, were rarely described as “designers” like their white male contemporaries such as Geoffrey Beene, Arnold Scaasi, and Bill Blass. Much like Elizabeth Keckley, who designed for Mary Todd Lincoln, these women were described variously as “dressmakers,” “modistes,” “costumers,” and “seamstresses,” but were rarely accorded the same title as men who often could only sketch or conceptualize garments. The reason Ruby Bailey has not entered the canon of great American designers is due to a number of reasons, but can be mainly attributed to her race and gender. Curators and fashion historians are slowly rediscovering her creative genius and bringing her artistry to light. Baily, who died in 2003 at age 97, is gradually gaining more recognition as a visionary designer. When she died, her eccentrically designed Harlem apartment on 151th Street was filled with her designs, which became part of the Museum of the City of New York’s costume collection. The museum has featured two of her gowns in their “Glamour, New York” and “Black Style Now” shows.