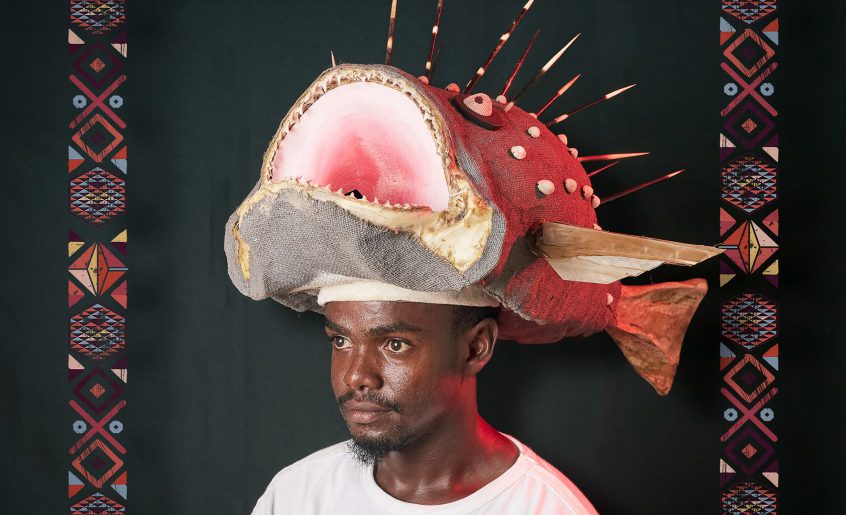 Peter Irungu is a Kenyan creative focusing on digital art. He specialises in landscape and cityscape photography, creating exciting timelapse shots of Nairobi, where he is based. I caught up with Peter via email to discuss his recent switch to fashion photography and what the future has in store for him.

Here is our exchange:

You are primarily a landscape photographer, but your last works are fashion shots. Could you tell us more about this change of subject?

Yes. I wanted to rid myself of a creative block I had put myself into. The repetitive nature of Landscapes grew to boredom, so I decided to challenge myself to ideas I was afraid to pursue because I thought I wouldn’t be good at. Also I wanted to start collaborating with different creatives who I thought would add value to my work and to their work as well. So I approached my friend and designer Bryan Emry and we brainstormed some ideas and we started working on how to work on them and through the better half of last year shot some projects. Some didn’t work out as planned, but we’re generally happy with most of them and so the photos you see now are because of that effort.

How do you choose your team and models and what do you aim to convey with these images?

Choosing a team is guided by a lot of things but basically they should be a level of understanding and diversity or complexity of the project itself. I try to work with as many creatives as I can whether in the production or in post-production to improve the quality of our work. I love the portrait series “Shela: A Hat Story”* that you shot  at the Hat Festival in Lamu. It is in line with the work of other artists who are taking to social media to showcase cultural diversity and creativity on the continent. What is your relationship with social media and how are your fashion-and-design images received by the users?

Shela: A Hat Story was a passion Project we had been conceptualizing with My Friend Ray Matata since we first heard of it. In bringing in a fellow copywriter, Isaac Mwendwa, who is a photographer as well and a designer, Basil Okumu, we wanted to explore cross collaboration between artistic genres and it was fantastic brainstorming and coming up with the final concept for the project. It took two years to plan and we learnt a lot from organizing how to go about shooting and showcasing the hats themselves.

Cultural events I think are an unexplored and overlooked aspect of African lives that I thought could be covered more artistically and I hope to cover more in the near future.

Social media was in the beginning just another tool that the West used to show a misrepresented version of Africa and Africans. However, its global reach came as a blessing to creators. Creators have gone out to create work to challenge those stereotypes bestowed on us. To me social media has played a huge role in not only sharing but also an integral part of business. With websites such as Tumblr, Behance and Instagram which are primarily photo based, each serves a different purpose for me and I use each to its advantage. The people who use all these sites have different interests and it’s important to learn what those interests are and how to maximize them to your advantage. What is your opinion of the “New Africa” aesthetic movement?

It’s come a long way and It will only grow.

Our New Africa won’t remain new forever, it will evolve into something better.

Our interpretation of our ethnic diversity is something only we can truly and authentically showcase. It’s unapologetic and undefined by any rules previously set to define what our art should be.

And this is not only in photography you see it in painting, digital art, design, music, fashion, style, street art, animations, basically any type of art we have creators who create with the backstory of their heritage in mind and it becomes an aesthetic that is distinctively African, but also represents the individuality of the artist and their distinct, yet unique style. With new technologies like VR and AI I’m sure this will not only grow but also improve what is already existing. Photography as part of the movement, has not only played a huge role in expanding Western perceptions of Africa, but has also given the African diaspora a chance to showcase to the rest of their communities they live in.

In the past it was hard for Africans abroad to search online and find things to educate the West about our aesthetic, but now as more work is shared online and in books and publications, knowledge is shared and the ignorance that came with what the media was showcasing about us has slowly diminished.

The tourism platform Culture Trip lists you as one of Kenya’s 10 notable photographers. What in your opinion makes your home country stand out as a photography subject (beyond the usual exotica, etc.)?

Diversity. We have photographers who are now realizing that you can basically focus on one aspect of photography and you wouldn’t be short of inspiration on things you could shoot. Be it landscapes, cityscapes, travel, food, fashion, weddings, streets, automotive, photojournalism stories, fine art and even shooting insects, there’s an artist here who is trying to perfect that type of art in this country and that’s what I love about the photography scene here. As a way to unwind I find myself visiting artist studios, museums, galleries, events and different workshops organized for creators and the level of talent and diversity of ideas just never ceases to amaze me. In basically every art form you can imagine I’ve seen one or two artists, some even more, produce such stunning work its hard not to appreciate and be proud.

Do you plan on exporting your art to other countries?

I would definitely love to have my work showcased in many of the art festivals around Africa and around the world, it would be a great way to not only put my work out there to a wider audience, but to a diverse crowd as well, and see what reactions it would convey so that I can improve on it.

Do you collaborate with fellow Kenyan photographers?

Yes, in every major project I’ve embarked on I’ve always collaborated. As a photographer, you have to be comfortable to especially realize that there will be others better than you in some aspects of a project you want to undertake and their advice and assistance will always be that small part that will make your project just a little or even way better. These can be my friends or just professional in the industry and their advice has been invaluable. How did you come up with the idea of shooting in timelapse?

This was one of the many collaborative projects we have done with some of my creative colleagues as XiXo Collective. With a diverse pool of creative from photographers, cinematographers and designers we combine efforts and try to come up with different ways to showcase Kenya as a whole.

Our first two projects have focused on time lapses with Nairobi A time-lapse Portrait and Nairobi Urban Rush, which were very well received, showed Nairobi in a different view that many people had not seen before.

We have other projects coming in the near future and we hope we can elevate Kenya and not only Nairobi even more, when we finally release them.

What are your plans for the future?
Create even more dope.

*Shela Hat Festival is an art competition organized once every two years in Shela, Lamu County, Kenya. It brings together people from Lamu and Shela who come to express their creativity through hat making. The festival was pioneered by Roland Klemp and Herbert Menza as a way of promoting culture among the Lamu people.