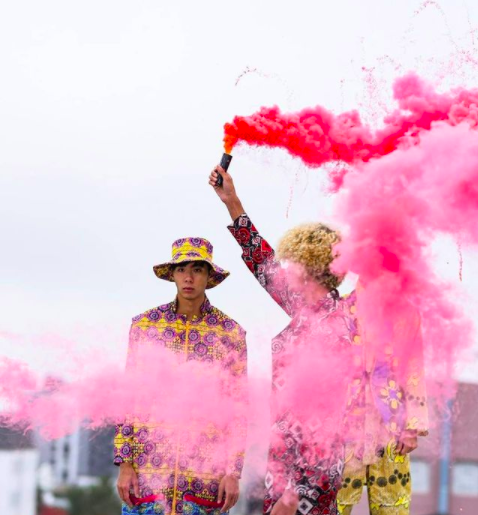 Griot is the reference platform for Black Italians, producing content for and on the black diaspora in Italy and abroad, including documentaries and live events.

I contributed an article to their “Style” section on MasaMara, the activewear brand launched in 2016 by Amza Nyonzima, a.k.a. Eli Gold, a Rwandan refugee based in South Africa.

In the fashion film introducing Migration is Beautiful – Destroy all Borders, Gold declares: “migration is not a problem, but a process.” This simple statement tells of the difficulties, his difficulties, of uprooting and re-rooting and of keeping connections alive across distances. Legacy is not a word that the designer uses in his interviews, but it is a theme that is very much present in his creative philosophy: what does one save when all is lost? What do we rely on to survive in exile? Fashion anchors Gold to the world. His choice of mixing and matching fabrics inspired and appropriated by different African countries conveys his belief of unity in diversity, which is another way of promoting cultural preservation in the face of the homologation that is a pre-requisite of integration in host countries.

Read the article at this link.