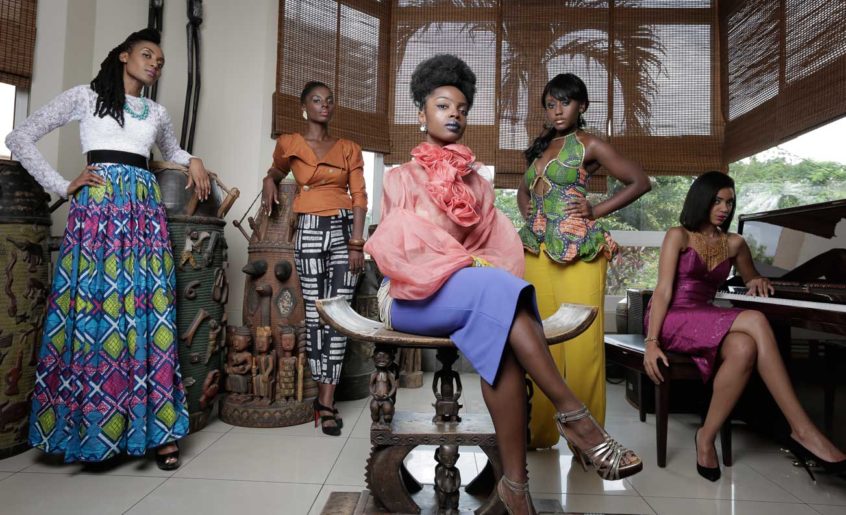 About one year has passed since An African City debuted on YouTube and this web series about five girlfriends in their thirties who relocate to Ghana from the US continues to be one of few audiovisual works aimed at a Western audience that explicitly addresses Afropolitanism.

Compared to the host of existing scholarship (Mbembe), online resources, and photographic works focusing on the experiences of cosmopolitan Africans based in Africa, these are conspicuously underrepresented in moving images. Mainstream audiences are more familiar with the visual representations and stories of Africans journeying to the West, than to the narratives of the reaspora, of Africans returning from former-colonial or neocolonial metropolises. The narratives of Afropolitanism available on mainstream media continue to focus on individual success and accomplishment in the diaspora, ignoring the fact that a growing number of Africans perceives the motherland as welcoming, rather than rejecting.

The faces of Afropolitans like Lupita Nyong’o, Chimamanda Ngozi Adichie, Idris Elba, Taye Selasi have replaced old images of poor and desperate Africans on mainstream media. These iconic personalities from the continent are the symbols of a positively affluent and exceptional alterity, whose existence is driven by choice, rather than fate. Their lives are a spectacle featured everywhere as front-page exemplars of a generation of Africans who are in control of their destiny, sharing “our” (multiple shock quotes) dreams and aspirations. A pop cultural reference in An American City is Adichie’s novel Americanah, which NanaYaa, the main character, is reading by the pool. In Americanah the American myth of post-race is put to test and fails. Since they are not confined to ravaged social geographies, these Afropolitans travel freely, like commodities and capital, and traveling, they become accessible. The privilege to move across borders implies that they have choice, discernment, empowerment, individuality, values that align them with a neoliberal vision of identity. ‘Cool’ is the code-word for the self-assured Afropolitan personality, who embodies a mix of exoticism and familiarity, where Africa figures as a source of “authentic, virgin, black culture to consume”(ref). Cosmopolitan Africans, writes Selasi, are gorgeous:

somewhere between the 1988 release of Coming to America and the 2001 crowning of a Nigerian Miss World, the general image of young Africans in the West transmorphed from goofy to gorgeous.

An African City shows that ‘gorgeous’ in this case means accessible and non-threating, self-accepting, self-improving, knowable, and most importantly beautiful. The city mentioned in the title is Accra, a symbol of African self-improvement and one of the fastest growing economies of the continent, where a new affluent bourgeoisie (impersonated by the characters) happily endures power cuts and the incursions of servants into their private lives (and wardrobes) as they move from elegantly-furnished and incredibly rent-inflated apartments to chic nightclubs, beauty centers, and restaurants. Status and a hip lifestyle are prominent signifiers of the alternative, uplifting representation of Africanness brought to the screen by Nicole Amarteifio, creator of the webseries. Her aim was, in fact, to bridge the gap between her own life experiences, coming of age between the US and Africa, and those of the women from Sex and the City, the quintessential pop-cultural reference for fans of the American dream worldwide. To counter “the occurring visual” of the poor and uneducated African woman and insert an image of African chic into the global narrative of neocapitalist individualism, An African City employs the registers of style, beautification, and consumerism. Fashion, apparently more than the universal appeal of a story about love and friendship (main page), is a big audience aggregator. Much of the online buzz about the webseries is channeled by lifestyle magazines, such as Madame Noire, Ebony Magazine, OkayAfrica, and Bella Naija, which celebrate the glamorous style of the five characters. 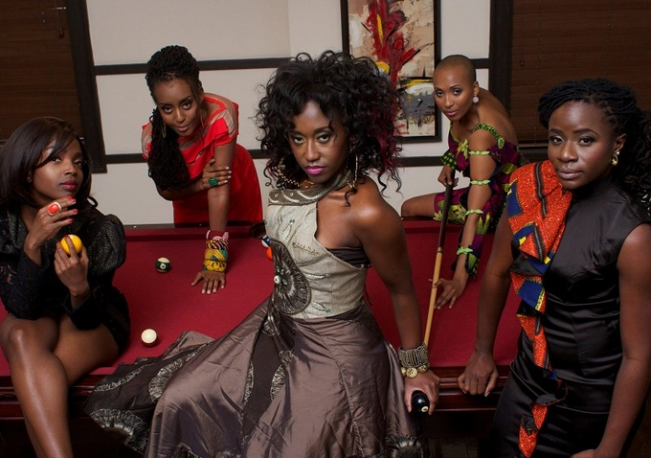 The ten episodes of Season 1 are an eclectic visual catalogue of the latest fashion trends from Africa and abroad. Although the protagonists profess no brand fetish like Carrie & co., they are experienced fashionistas, appearing in elaborate hairdos and glamorous outfits with matching accessories in basically every scene (save for the gym). Their lavish costumes feature mostly apparel by African designers, such as Chemphe Bea, Christie Brown, Osei Duro, but also pieces by North American, and Afro-diasporic designers (Maya Gorgoni and Marie Jean Baptiste). To express ‘African pride’, the protagonists embrace natural hair styles, and often wear garments in wax-print, particularly skirts, pashminas, and crop tops, combined with statement jewelry, also featuring, on occasion, local materials like cowrie neckpieces. Recourse to these materials is a powerful visual statement of the rising success of African designers and their impact on both international fashion trends and the fashion industry in African countries, where it is transitioning from tailor-based to retail-based (https://www.youtube.com/watch?v=LfnIpZjvPlY). At the same time, the style of the protagonists reproduces a universal model of femininity, where a glamorous, thin and manicured figure expresses status and worth. To learn more about it, watch this interview with Aisha Obuobi from Christie Brown. 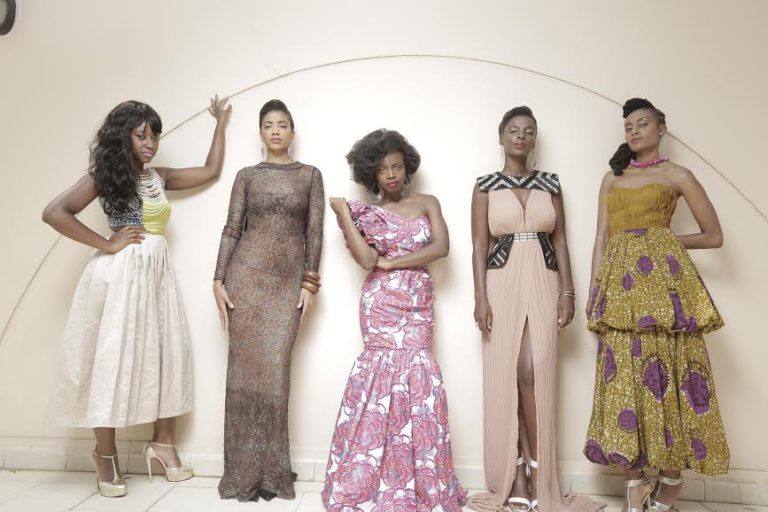 While some scenes are shot in nightclubs, shops, and restaurants, most of the series takes place indoors with the five protagonists as the only characters and social interaction with the outside world reduced to a minimum (except for recurring interactions with boyfriends/lovers). By focusing on the five women, the series celebrates friendship and female bonding, but it also communicates something about the protagonists’s idea of fashion and fashionability. Indeed, the fashion in the series tells a story all its own. It shows that self-stylization is not a tool to counter gender or racial inferiority, but a means by which the characters navigate the cultural norms of their home country, manage privilege, affluence, and, most importantly, embody modernity. The motto of Christie Brown, the Ghanaian designer most featured in the show is to “allowing women to experience the culturally rich and opulent side of Africa without having to compromise their personal contemporary style“. 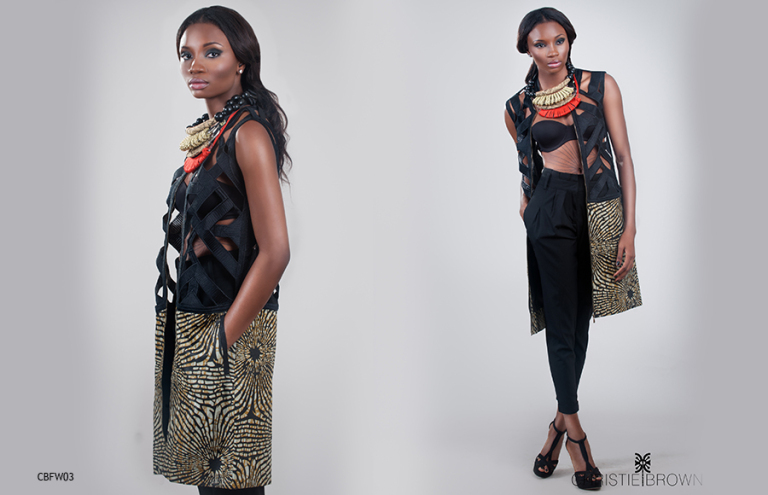 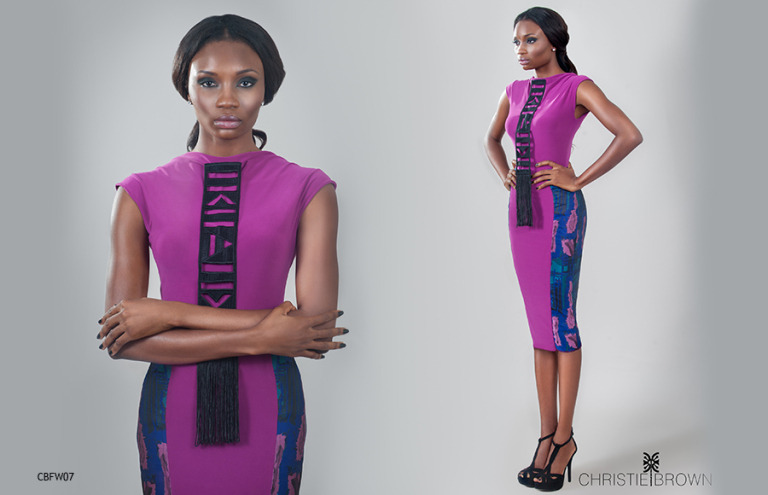 This use of fashion as a tool to lay claim to modernity recalls Sarah Fila-Bakabadio’s description of Afro-modern femininity as a non-oppositional “variation of an unchallenged white standard” where “the [black] body becomes a blank space that must be modified, molded, turned into a sophisticated beings which represents a modern figure” (2014). Self-styling and fashion statements in both the webseries and Fila-Bakabadio’s work promote an aesthetic standard that, while participating in neocapitalist commodification, trains the Western eye to perceive African femininity as a variation of a universal norm of beauty. What seems to happen is that style changes from being a vital aspect of African self-assertion, to a formative instrument of intersectional subjectivation, something that puts Africa in motion in the sharing, circulating, and exchanging of material objects and discursive positions.