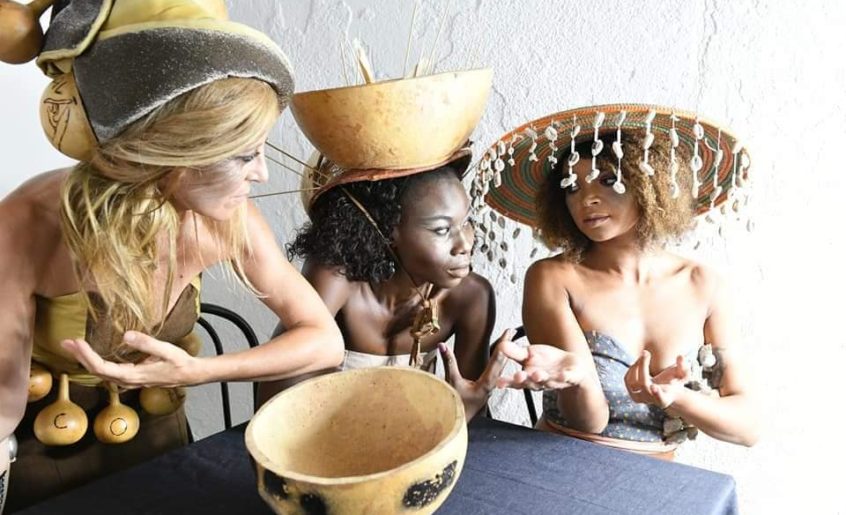 On Sunday 29 September I have been invited to take part in an “informal conversation” on African fashion at Centro Interculturale di Quartiere, C.I.Q. in Milan, along Emanuela Mora, full professor of Sociology at Cattolica University and director of the research institute MODACULT, and Claudia Mazzucco, journalist at ETNOTV.

The conversation will take place after the fashion+art performance “Dei”, curated by artist Antonella Rizzo, and showcasing the creations of the designers of the Ecole de Couture AEFIJ, Guediawaye-Dakar, directed by Mbaye Diouf e Boubacar Diédhiou. Antonella has collaborated closely for at least two years with the directors and the women of the atelier, promoting emancipation, sustainability and innovation across Europe and Africa.

She launched the cultural and research project and consultancy HubWax with the goal of importing the Senegalese good practices of design and creation to Italy, sparking a conversation between two countries that have a long history of encounters, but have seldom really spoken with each other on equal terms.

“Dei” is the second event inspired by Antonella’s collaboration with Ecole Aefij, coming a few weeks after another successful performance entitled “The Last Bodies”, also staged at C.I.Q. On that occasion, a host of women walked for Aefij, sporting garments accessorised with recycled materials to emphasize the designers’s commitment to using waste as resource.

Cover image: Behind the scenes of “The Last Bodies”