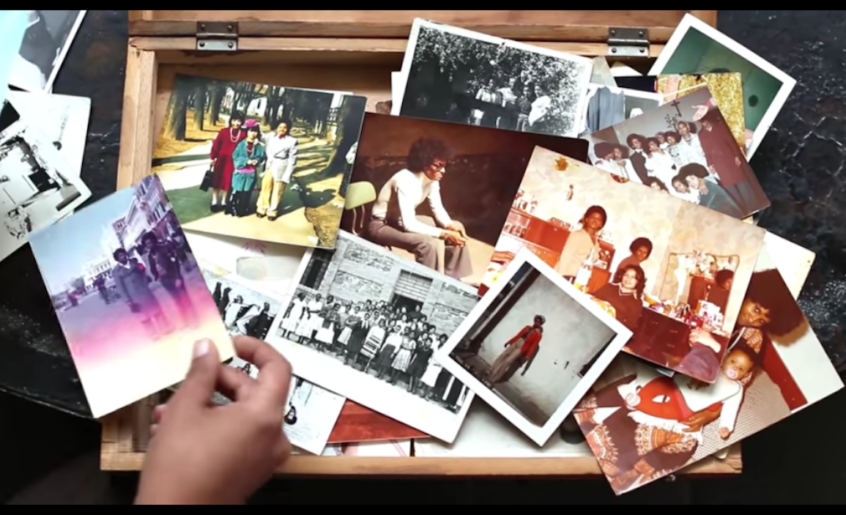 Today, I finally watched Asmarina, a documentary that I have chased since it came out in 2015, but always managed to miss, wherever it showed across the country.

Although it is not strictly about fashion, Asmarina is a valuable reference to understand Afro-Italian history, as it looks at the generations of Eritreans who have migrated to Italy, or were born here, from the 1960s onward.

Directors Alan Maglio and Medhin Paolos beautifully bring together the voices of first and second generations immigrants, those who left Eritrea at the onset of the War of Independence in the early 1960s, and those who have crossed the Mediterranean on rubber boats only a few years ago. The documentary doesn’t expand much on the history of Italian colonialism in the Horn of Africa, which, in 1936, counted six governorates that included territories located in present-day Ethiopia, Eritrea, and Somalia. It doesn’t say much of the separatist war for an independent Eritrean state either that lasted from 1961 to 1991, although liberation is very much at the heart of the personal histories of some of the protagonists. So it is left to the audience to do the homework on historical facts, as Asmarina focuses on the social elements of the diaspora.

The documentary was filmed in Milan, where the East African community mostly occupies the area surrounding Porta Venezia, and Bologna. The latter was host to the Eritrean Festival from 1973 through 1991, an international political event that attracted the voices of the liberation struggle and the support of the diaspora from across Europe and North America.

The War of Independence is the watershed that marks a change in the way the protagonists experience their individual and collective stories and in how they view their status in Italy. The older generation seems to uphold the values of collectivity and integration more – we get glimpses of a photo book by Vito Scifo and Lalla Golderer documenting the life of newly-arrived Eritreans in Milan in the 1980s, where the feeling of making and preserving a sense of belonging is strong and rendered very beautifully.

The younger protagonists appear more individualistic, disillusioned, and critical of the status quo, particularly of the isolation and invisibility they suffer in Italy. The stories are all different and we glimpse multiple sides of diasporan identity conveyed by various uses of the Italian and Tigrina languages, for example, as well as by the lack of consensus concerning the social, cultural, and even geographical boundaries of the Habesha community.

Two voices stood out for me from this chorus: that of a second-generation woman speaking at the beginning of a documentary, and that of a young man who fled Eritrea and arrived in Lampedusa on a boat. The woman reminds us that Italian colonialism was brutal, violent, and destructive and that it is time to silence the false narrative about a benign occupation that still circulates in our country. Also, she invites us to think of the mutuality of the colonial relationship and to the contribution of immigrants to building the Italy that we know today. She speaks against claims of integration, remarking that, to this day after more than 50 years, Italians and Eritreans live “parallel” lives, where the work of her community, as well as those of thousands of others from other backgrounds, goes unnoticed.

a colony is always a possession﻿

The young man speaking toward the end of the documentary offers a tragic perspective on what awaits those who arrive in Italy from Africa today. The current, dire situation has prompted him more than once to ask “why he risked so much” and, unlike other protagonists, he makes no mention of a community offering help or support. On the contrary, he claims that political affiliations have split the diaspora in Milan and this seems to add to the feeling of alienation that he expresses. An alienation that is echoed also in the experience of another protagonist, a young Ethiopian woman and football player who volunteers with newly-arrived migrants in Milan, helping them to find shelter and food. Like the other protagonist, she laments the condition of invisibility in which East Africans live today in our country.

In these days when #blacklivesmatter is on everyone’s lips, I think it is especially important that we, in Italy, acknowledge that racism and white privilege are ingrained in our social history and a big part of our everyday lives. “Asmarina” will be free to stream on YouTube (with English subtitles), courtesy of MUDEC Museum Milan, at this link https://www.youtube.com/watch?v=j1zOwOuPZhU for 48 more hours: this is an excellent chance to educate ourselves and learn more about our history as a former colonising country and as a very racist and colour-conscious society.