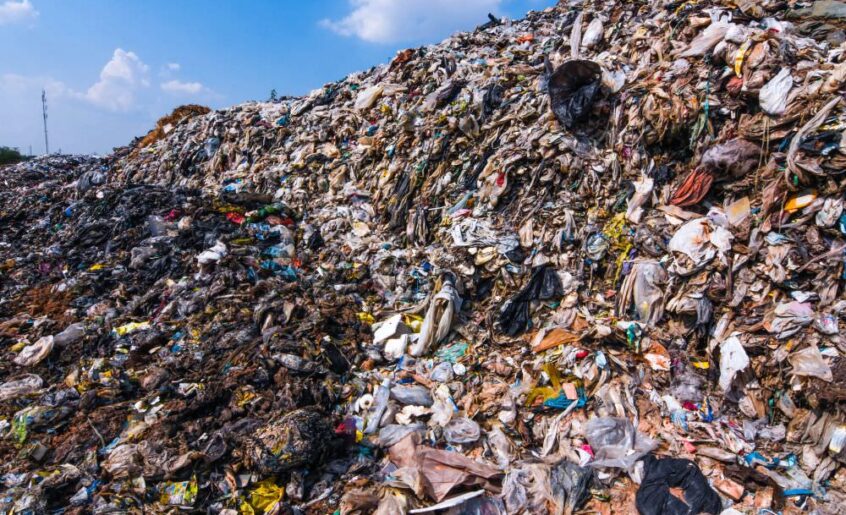 Kate Fletcher and Mathilda Tham’s Earth Logic (2019), available at this link, is a compelling free-to-read, free-to-share, intervention on sustainable fashion and the industry’s shortcomings. In fact, it is a critique of widespread approaches to the crisis that fashion, as one of the world’s largest industrial sectors, has not only contributed to precipitate, but is also accelerating.

Fletcher and Tham are prominent advocates of sustainability, having spent decades researching, writing, and promoting fashion that is respectful of planetary life. Fletcher, a design activist and professor at the University of the Arts’ Centre for Sustainable Fashion, London is a prolific writer with many essays and eight published books on fashion and sustainability. Tham, a published author, feminist, and sustainability activist, teaches design at Linnaeus University, Sweden and is affiliated with Goldsmiths University, London.

In 2018 they were among the founders of the Union of Concerned Researchers in Fashion, which brings togethers scholars “committed to examining and accelerating the uptake of diverse ‘other ways’ in the fashion sector”.

Expressing unease at the business-led approach to sustainable solutions to fashion’s negative environmental impact, Fletcher and Tham urge for a post-growth turn that integrates economy, ecology, and social justice into a single system, where the achievements of one sphere have beneficial effects on the others.

Earth Logic is different from the academic work that these authors are renowned for. It is a situated commentary and call to change the status quo. The scale and magnitude of the interventions required to avert the worst effects of climate change call for a reduction of resource use and waste by 2030, ranging from 4 to 95 percent. This tight time frame is not compatible with scholarly methodologies of knowledge production based on large-scale projects, comprehensive evidence, and consecutive research stages, calling instead for iterative and emergent work able to create knowledge and change at the same time. Earth Logic is therefore presented as a report outlining a strategy of combined cycles of action and reflection, where knowledge and change are generated synergistically, while immersed in context and in dialogue with communities.

In concrete terms, the 2030 deadline demands no less than a revolution and the authors propose a plan for systemic change: “place fashion outside the market” . This radical goal captures the frustration that Fletcher and Tham express at the ineffectual response to the massive harm fashion has caused, acknowledging that the strategies so-far developed – mostly based on “techno-fixes” that perpetuate ecological debt – are at best limited and at worst damaging to planetary life. Endeavouring to put the health of the planet first, the scholars instead advocate for disrupting the capitalist foundations of the fashion system as we know it, disengaging it from “growth logic” and its far-reaching, damaging effects on quality of life.

Disrupting market thinking is imperative to set the conditions for global happiness and comfort. Radical change for a healthy and safe future entails embracing de-growth, societal change, and species’ interdependence. This can be achieved only via a massive down-sizing of the industry (a “shift to less”); replacing globalism (the “one economy”) with location-specific systems (“scaling and re-centering”); embracing pluralism and decolonialism; practicing new skills and forms of learning; developing an emergent language able to foster engagement, express creativity, and practice inclusivity, relationship and care (“purposive naming” and “languaging”); and finally adopting a decentralised governance model that prioritises caring relationships over financial goals.

Systems thinking guides the report’s vision of fashion’s ethical turn as part of a wider, scalable, and emergent process of adaptation by which humanity re-learns to live within planetary boundaries, switching from a predatory to a caring mindset. Fashion, we are reminded, is not only a production and distribution machine, but a culture of bulimic consumption founded on passive acquisition and market dependence. It is the filter that drives our actions and provides us with justifications that uncouple our actions from their concrete effects on the planet. The consumption mindset, we read in Earth Logic, limits our relationships with garments and society and nature at large, creating a “bubble” feeling that feeds the fiction that we are somehow outside of the unfolding of the real world. Bursting this fictional bubble – overcoming insularity – is described as an act of agency aimed at “seeing [our] actions in relation to the web of the world” and reclaiming the right to spend and manage time outside of the capitalistic framework.

Indeed, unsustainable fashion is fashion that dispossesses us of time, compelling us to measure our experiences of it in quantitative and accumulative term. This colonisation of time is fashion’s most pervasive instrument of social control to which Fletcher and Tham oppose a philosophy of slowness that finds pleasure in usership (watch Fletcher explain the concept in this TED talk), the practice by which garment use becomes permeated with “human warmth and memory”.

In this respect, co-creation, co-learning, dialogue, linking, and listening replace “selling, buying, binning” as the founding values of the systemic shift toward economies of time that root fashion in identity and community, imbuing it with place-specific knowledge and self-reliance. In place of the “one economy” that brought us globalisation, human and natural exploitation, standardisation, intensive commercialisation, and long-distance trade, Fletcher and Tham propose a de-colonised model of location-specific contexts (a “pluriverse”) in dialogue with each other, where a new closeness between humans and nature develops along horizontal and holistic lines.

Localism, pluralism, and interdependency are the values by which Earth Logic advocates for a view of sustainability that integrates Southern perspectives in the debate not as marginal contributions, but as the building blocks of a culture of fashion that rejects the hierarchies of capitalism and neocolonial exploitation responsible for the culturecide enacted by the fashion system.

Earth Logic is an important work that offers a vantage to reflect on capitalism’s toxic hold on life with an accessible and sharable language. It is especially relevant for decolonial fashion scholars and activists. It paints a clear picture of what is wrong with the current sustainability strategy and makes a compelling argument in favor of dismantling the status quo for a new multi-sited, multi-cultural, equal, and pleasurable context of fashion production and consumption. More importantly, it outlines in a clear way of what each of us can and must do to to shift the balance from consumption to care to planetary well-being. Addressing a readership comprising scholars, industry stakeholders, policy-makers as well as individual citizens, it voices the pressing imperative to act across social, geographical, institutional, and political barriers in the service of our planetary future.